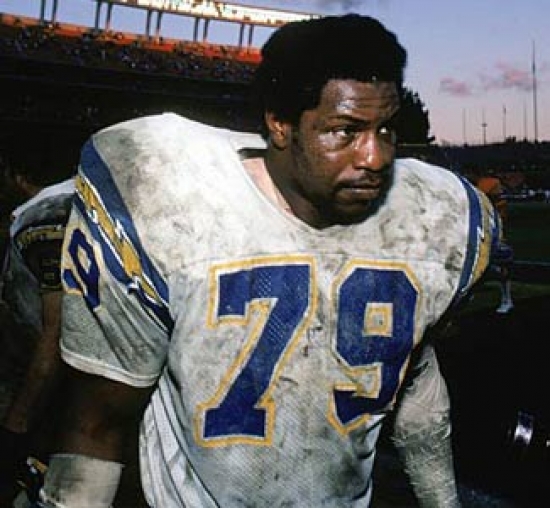 Gary "Big Hands" Johnson had one of the best nicknames in football, don't you think?   He was not just a colorful moniker as Johnson was also an excellent Defensive Tackle.

From Grambling, Johnson was a First Round Pick in 1975, and he was named an All-Rookie.  Showing steady improvement, Johnson went to his first Pro Bowl in 1979, and he repeated it in the three years that followed, with First Team All-Pro honors occurring in the middle two seasons.  Sacks did not become a stat until 1982; thus, Johnson only had 7.0 official Sacks as a Charger, however "unofficially" he had 67 for the team, including 17.5 in 1980.

Johnson was traded early in the 1984 season to the San Francisco 49ers, and he ended his career with a Super Bowl win.  Years later, in 1999, Johnson was inducted into the Chargers Hall of Fame.