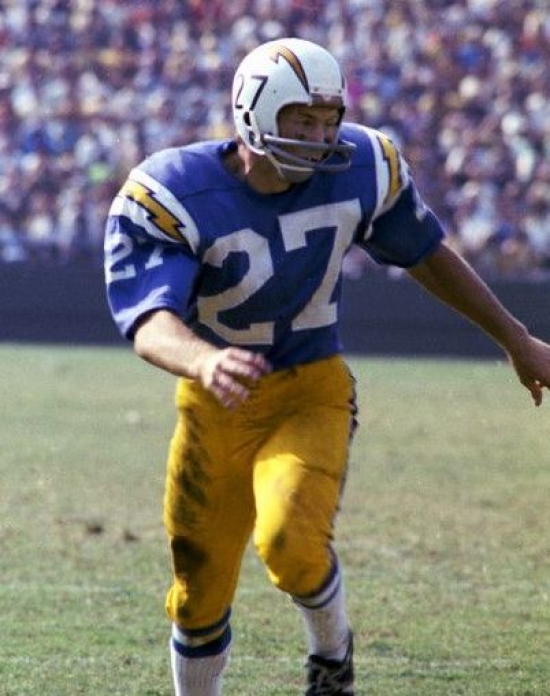 Playing his college ball at San Diego State, Gary Garrison was one of the many players in the 1960s who was drafted in both the National Football League and American Football League.  Garrison stayed in San Diego, joining the Chargers, who drafted him instead of Philadelphia of the NFL.

Garrison had 642 Receiving Yards as a rookie in 1966, and he went on to play with the Chargers until 1976, playing one final pro year with Houston.  In seven different seasons, Garrison was in the top ten in Receiving Yards, and he had two 1,000 Yard years.  The former San Diego State Aztec was a one-time AFL All-Star and a three-time Pro Bowler, and he totaled 7,533 Receiving Yards with 58 Touchdowns over his Chargers career.

He entered the Chargers Hall of Fame in 1985.