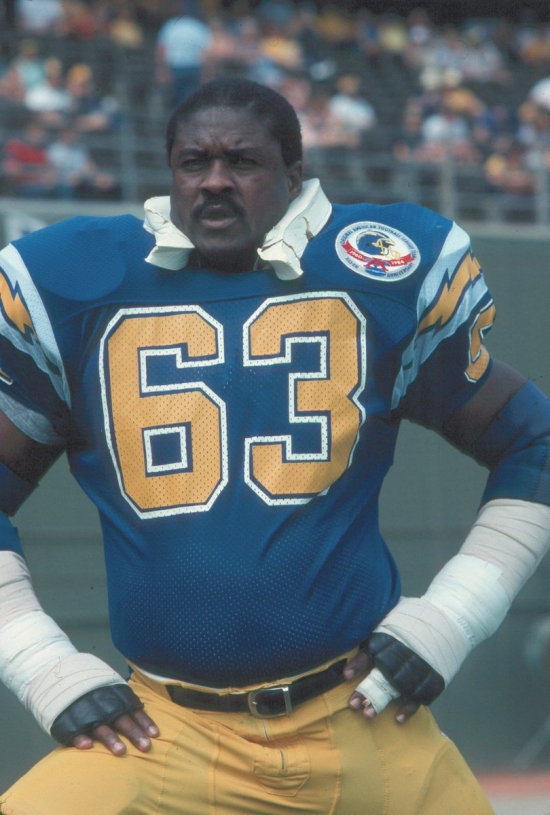 After playing his rookie season with the Houston Oilers, Doug Wilkerson was traded to the San Diego Chargers for Tight End, Willie Frazier.  Frazier had been a two-time AFL All-Star for the Chargers, but his best days were behind him.  Wilkerson went on to play 14 years for San Diego.

Wilkerson did not just play for the Chargers; he was a reliable starter who rarely missed games.  As the starting Left Guard for San Diego, Wilkerson was an offensive line anchor for the Chargers' high-octane offense.  Wilkerson was a team captain for five years, and from 1980 to 1982, he was named to the Pro Bowl, with a First Team All-Pro Selection coming in '82.

Wilkerson started all of his 195 Games with the Chargers, and he was inducted into the Charger Hall of Fame in 2000.