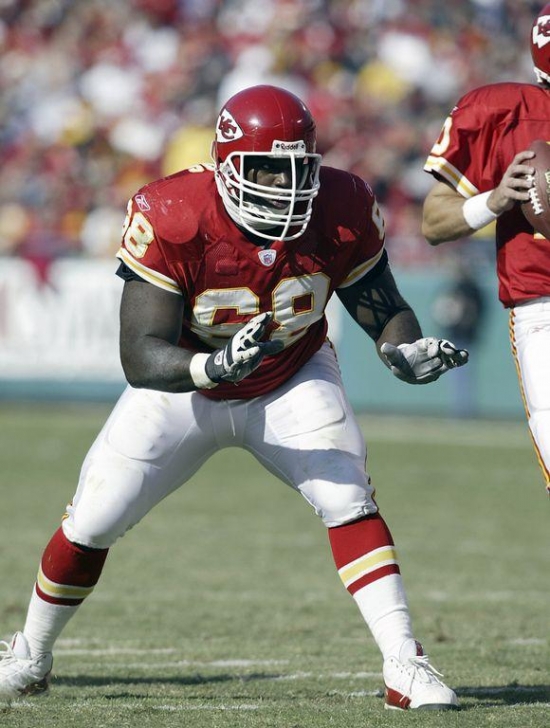 The Kansas City Chiefs have had their share of great players on the Offensive Line, but there is one who stands above the rest; Will Shields.

A first ballot Pro Football Hall of Fame (in 2012) Will Shields started 223 of his 224 Games (all with Kansas City) Shields immediately was a force on the Offensive Line where he was the team’s starting Right Guard for fourteen seasons.  Shields holds the team record for Pro Bowls (12) and the 2000’s All-Decade Team Selection was also a two-time First Team All-Pro Selection.

Shields never missed a game in the NFL and he was also the Walter Payton Man of the Year Award winner in 2003.  The Chiefs inducted Shields into their Hall of Fame in 2015.