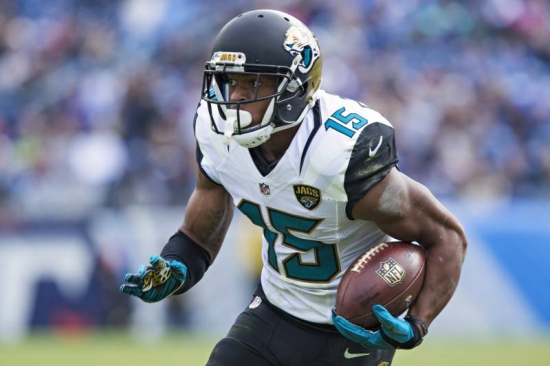 Allen Robinson's pro career began with the Jacksonville Jaguars when the former Penn State All-American was drafted in the second round.

Robinson had 548 Receiving Yards as a rookie, but in his sophomore campaign, he exploded with 1,400 Yards, and a league-leading 14 Receiving Touchdowns.  That output earned him a trip to the Pro Bowl.  He had a loss led yardage in 2016 (883), but that would be the end of his productivity in Jacksonville.

A torn ACL took him out of week 1 of the 2017 season, and that was the end of his Jaguars career, as he signed with the Chicago Bears in the offseason.  With Jacksonville, he had 2,848 Yards, nearly half of which was accrued in his 2015 year.