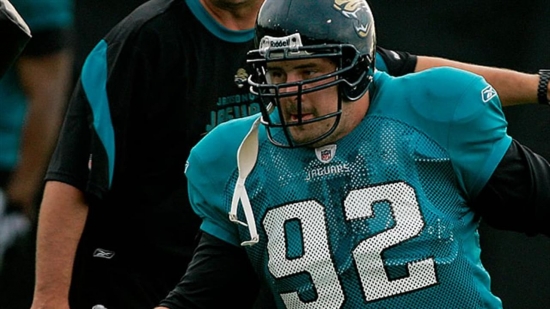 Rob Meier was the league’s number one draft pick…of the Canadian Football League.

The native of Vancouver never played in the CFL, but he did join Jacksonville of the NFL, who drafted him with their seventh round pick in 2000.  While Meier did not start that many games (49), he appeared in 138 over nine seasons, making him one of the few players to have this length of tenure with the Jaguars.  He could (and did) play at Defensive End or Defensive Tackle, and his entire NFL career was as a Jag.

He secured 21.5 Quarterback Sacks over his career.