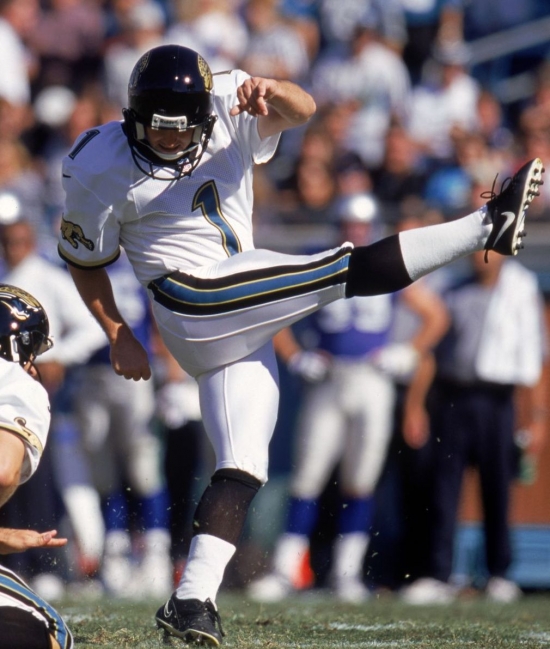 Mike Hollis went undrafted out of Idaho in 1994, and after a failed attempt to land a job with the San Diego Chargers, the expansion of the National Football League to the city of Jacksonville would find him employment.

Hollis would become the Jaguars primary kicker for seven seasons, and from 1996 to 2000, he was perfect in Extra Points and would have a Field Goal Percentage average over 80%.  In 1997, he would lead the NFL in Points Scored (137) and went to the Pro Bowl that year, and in 2000, his Field Goal Percentage was 92.3%, a career-high.