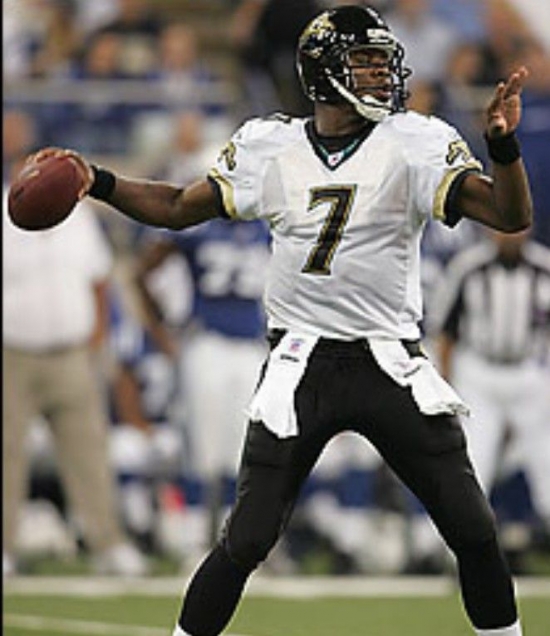 Byron Leftwich had an excellent career at Marshall, and he was chosen seventh overall by Jacksonville in the 2003 Draft.

The former MAC Player of the Year, would take over for Mark Brunell in his rookie season, and was decent with 2,819 Passing Yards.  He managed 2,941 Passing Yards as a sophomore with a 15-11 TD-INT ratio, which arguably was his best year in football.  The Quarterback had two more years with the Jags, with his last one seeing him lose the starting job, and Leftwich would be cut after the 2007 season.  As a Jaguar, he would have a winning record of 24-20 2ith 9,042 Passing Yards and 51 Touchdown Passes.

Leftwich would earn a Super Bowl ring as a backup with the Pittsburgh Steelers in 2008.