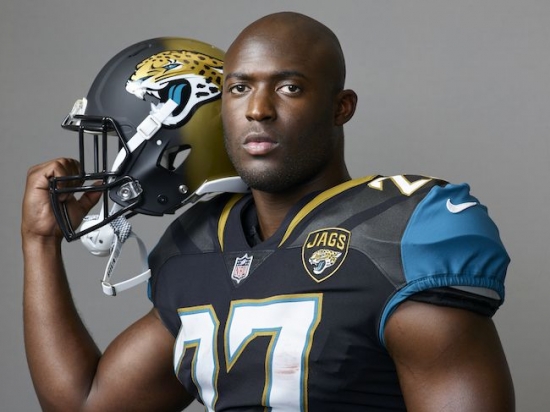 As of this writing, Leonard Fournette has played three years in the National Football League, all of which with Jacksonville.

A consensus All-American at LSU, Fornette was fourth overall in the 2017 Draft, and he instantly was a workhorse of the Jaguars' offense.  The Running Back placed eighth in Rushing Yards (1,040) as a rookie, and he punched the ball in the end zone nine times.  He missed part of the 2018 season, only playing eight games, and in 2019, he again rushed over 1,000 Yards, with 1,152 (7th overall), with an increased receiving game with 522 Yards.  Fournette was sixth in All-Purpose Yards and Yards From Scrimmage (1,674).

This is a Running Back on the rise.