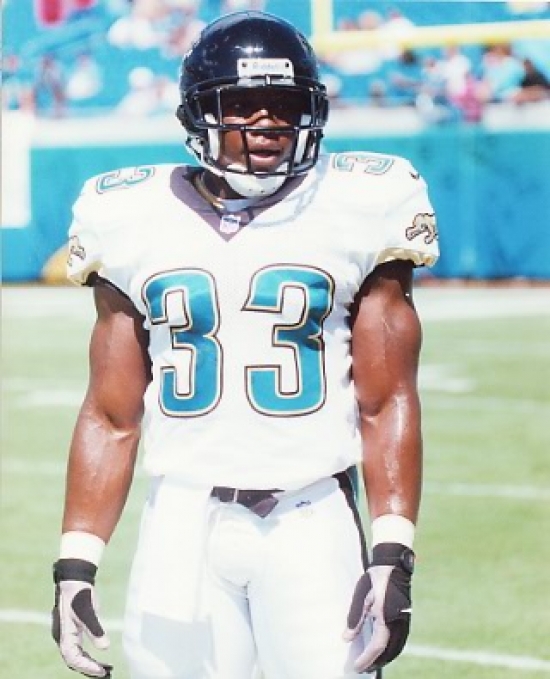 James Stewart had better seasons ahead with the Detroit Lions, but he was a serviceable Running Back during his time with Jacksonville.

A First Round pick in 1995, the former Tennessee Volunteer was featured often for the expansion Jaguars.  Helping Jacksonville reach the 1996 AFC Championship, Stewart's best season with the Jaguars was his last one (1999).  That year he had 931 Rushing Yards and punched the pigskin into the end zone 13 times.

With Jacksonville, Stewart would accrue 2,951 Rushing Yards with 44 Touchdowns.