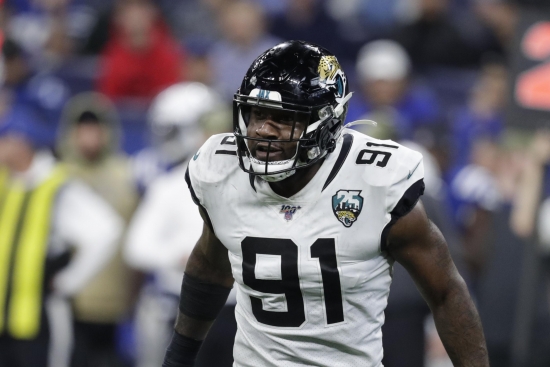 As of this writing, Yannick Ngakoue has completed four seasons in the NFL, all of with the Jacksonville Jaguars.

Playing at Defensive End, the former Maryland Terrapin was a starter as a rookie (2016), and in his second season, he would lead the NFL in Forced Fumbles (6) and had 12 Sacks.  That year would earn Ngakoue a Pro Bowl nod, which is his only one to date.