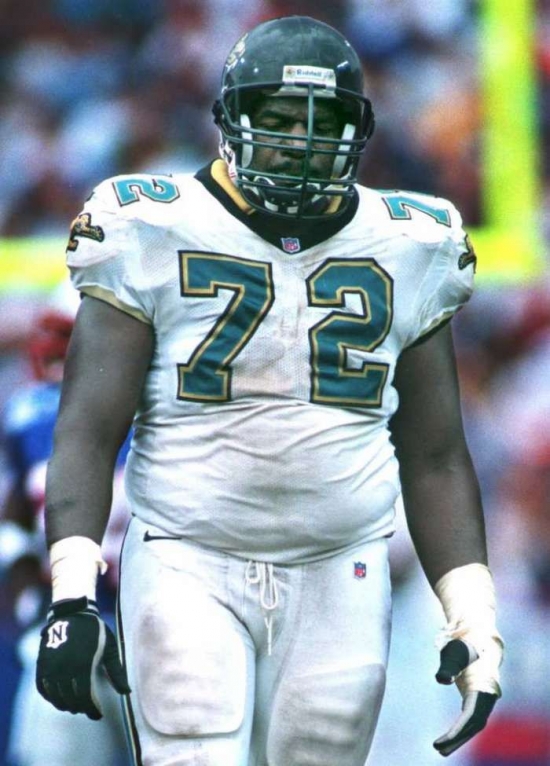 A star lineman at the University of Miami, Leon Searcy played eight years in the National Football League, the first half with the Pittsburgh Steelers, and the second half with Jacksonville.

Searcy would start all 63 Games for the Jaguars, predominantly at Right Tackle.  Searcy protected his Quarterback well, and in 1999, his fourth and final year with Jacksonville, he would be named a Second Team All-Pro and to the Pro Bowl.

After his Pro Bowl win with the Jags, Searcy signed with the Baltimore Ravens, but he never played due to injury.  He actually would never play another game in the NFL.