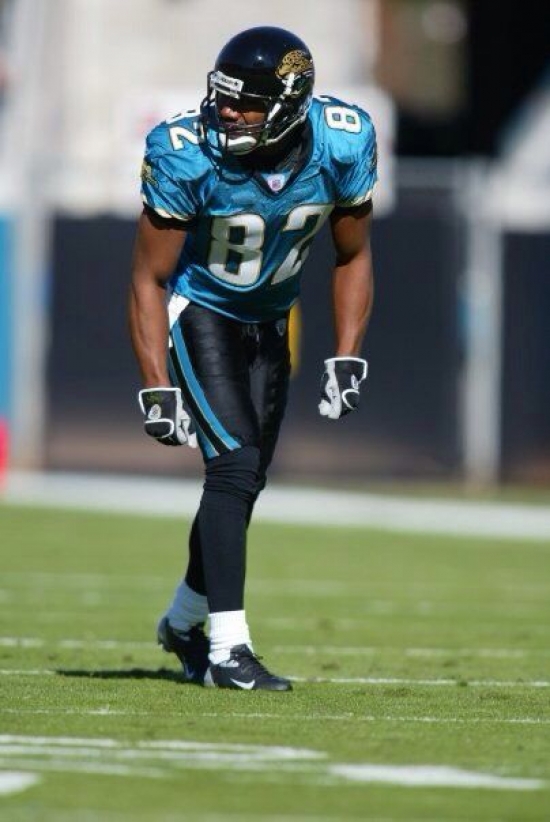 Honestly, we thought this would be a lock for Tony Boselli, but the more we looked at Jimmy Smith, the more we felt we had to give him the number one spot.

We have our reasons.

The first is that he is the all-time leader by far in franchise history in Approximate Value (135), and as a Wide Receiver who was not necessarily blessed with elite Quarterbacks, his work was critical in the success that Jacksonville had.

The second is that he was one hell of a Wide Receiver, whose 12,287 Yards from the air is by far the best among any Jaguar.

The third is his longevity to the team, and yes, that needs to matter here!

Smith's road to NFL stardom was not easy.  From Jackson State, Smith actually has two Super Bowl Rings with the Dallas Cowboys, but not only did he not play in the Super Bowl, but he also had virtually no regular season activity for the team.  He was waived by the team and again would not do anything with the Philadelphia Eagles who signed him in July of 1994 and released him a month later.  The next year Smith signed with the expansion Jacksonville Jaguars, and his NFL career was born and flourished.

Smith had 22 Receptions in his first year there (1995), and in the year after, he emerged as the first option with 83 Receptions and 1,244 Receiving Yards.  The Wide Receiver proved that he was no fluke, as he would hit that four-digit mark in Receiving Yards in the next six seasons and eight of the next nine.  Smith was chosen for the Pro Bowl five years in a row (1997-2001), and he would lead the NFL in Receptions with 116 in 1999.  That year, he would also post a career-high of 1,636 Yards.

Smith was still an upper-tier player when he retired, and even though he was 36, he came off a 1,023 Yard season, so logic dictates he could have continued.  He may never make the Pro Football Hall of Fame, but his overall contributions to the team earn this number one spot.

Tagged under
Tweet
More in this category: 2. Fred Taylor »