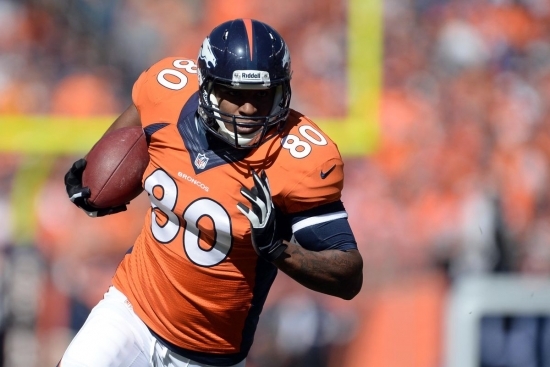 Shannon Sharpe was a late round draft pick in 1990, and the product of Savannah State would become the most prolific Tight End of the 1990s.  In his third season in the NFL, he would be named to the Pro Bowl where he would begin a seven-year streak.  Sharpe would become one of John Elway's most dependable weapons and he would three times secure the 1,000 Yard mark in Receiving Yards.  He was also a four-time First Team All-Pro (1993 & 1996-98) and was one of the main reasons that the Broncos would win their first two Super Bowls.

The Tight End would sign with the Baltimore Ravens where he would help them win their first Super Bowl, but he would return to Denver to play out his final two years.

At the time of his retirement, Sharpe was the all-time leader among Tight Ends in Receptions and Receiving Yards and was the first Tight End ever to reach 10,000 Yards.  He would enter the Pro Football Hall of Fame in 2011.