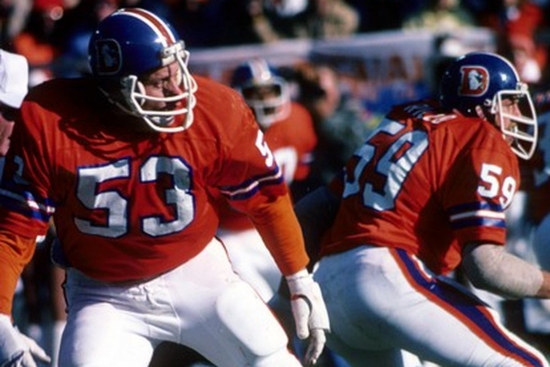 Tackles were not kept track of when Randy Gradishar played in the NFL but if they were Gradishar would be statistically proven as one of the most magnificent tackling machines in the history of Professional Football.

Called by Woody Hayes, the greatest Linebacker that he ever coached Gradishar would become a starter late in his rookie season (1974) and a Pro Bowl Selection in his second.  He would become the leader of the famed “Orange Crush” defense that transformed the Broncos into a league power after being a laughing stock for years.  He would become the team's leading tackler and while again this was not an official stat it has been speculated that he is the all-time leader, which considering he only played ten seasons makes this one incredible fact.

The Orange Crush took the Broncos to their first Super Bowl (SBXII) and though they lost Gradishar was a First Team All-Pro, which he would be named again in 1978, though this time he was recognized as the consensus Defensive Player of the Year.  The former Ohio State Buckeye played five more years, four of which were deemed worthy of Pro Bowl honors.

With seven Pro Bowls, a Defensive POY and the reputation of being one of the game’s most prolific tacklers he is considered one of Canton’s biggest snubs.