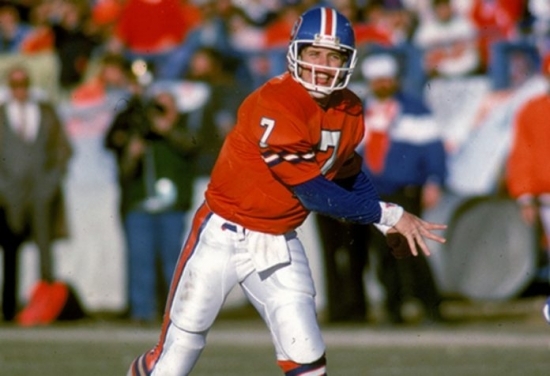 John Elway was the most highly touted Quarterback of the 1983 Draft, but he made it very clear from the start that he did not want to play for the Baltimore Colts who had the number one overall pick.  He would be traded to the Denver Broncos, and while he had some growing pains the way most young Quarterbacks do, he blossomed into one of the greatest dual-threat Running Backs in NFL history.

While the Quarterback would struggle (really all the Broncos did) in the Super Bowl, he continued to have productive regular seasons.  He would be chosen for nine Pro Bowls was the leader in Passing Yards in 1993, and he would be named a Second Team All-Pro three times.

Elway would take the Broncos back to the Super Bowl in the game’s 32nd contest, but this was a more balanced team than before, and they would beat the Green Bay Packers for their first win.  He would take the club back the following season and defeat the Atlanta Falcons for Denver's second Super Bowl where he would be named the Super Bowl MVP, which was his swansong as he retired as a champion.

Elway would be inducted into the Pro Football Hall of Fame in his first year of eligibility in 2004 and fast-tracked into the Broncos Ring of Honor right after he retired.  He would take over as the team's General Manager in 2011, and he would gain his third Super Bowl Ring when the Broncos took it all in the 50th Super Bowl.

Tagged under
Tweet
More in this category: 2. Randy Gradishar »