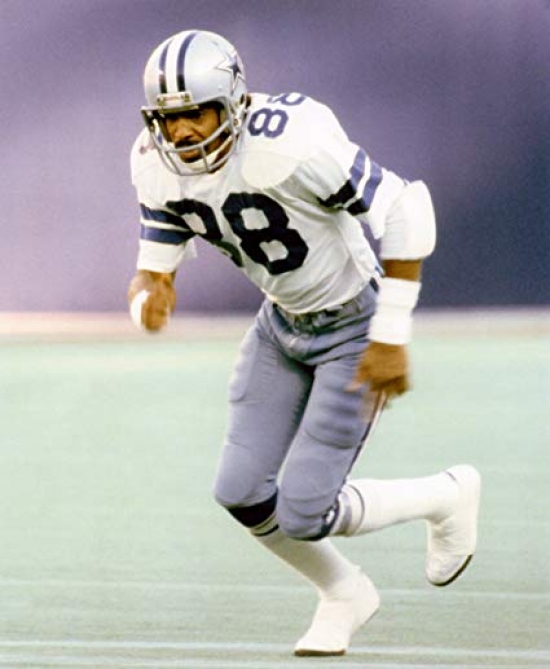 Drew Pearson went undrafted in 1973, but he would be signed by the Dallas Cowboys, and the product of the University of Tulsa would make the team.  As a rookie, Pearson had 388 Receiving Yards and was also doing double duty as the Kick Returner, but he would shed the Special Teams role the following season while emerging as one of the game's elite Wide Receivers.

Pearson would be named a First Team All-Pro in 1974 while accruing 1,087 Yards.  He had a good 1975, but was again a First Team All-Pro in both 1976 and 1977, with the latter season seeing him finish first in Receiving Yards.  That year, Pearson helped Dallas win Super Bowl XII.  Pearson would continue to do well, with another 1,000 Yard year in 1979, and he played until 1983, after which he retired in a career that was spent entirely with Dallas.

At the time of his retirement, he was the Cowboys’ all-time leader in Receiving Yards (7,822).  He was a Finalist for the 100th Anniversary Hall of Fame Class, but he did not make it, though was inudcted the year after.  He did however make the Cowboys Ring of Honor in 2011.