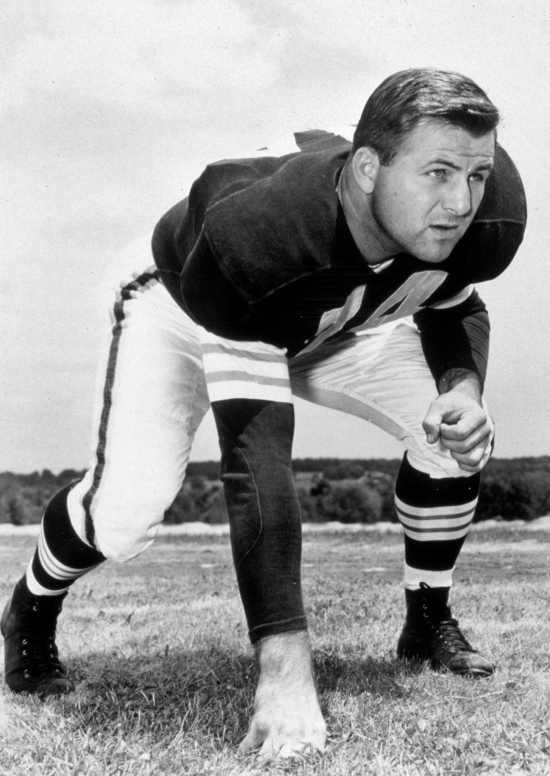 Mike McCormack played for the New York Yanks as a rookie, but he would leave them to serve his country in the Korean War.  When he returned, the Yanks had folded, and the Baltimore Colts were created to replace them.  McCormack signed with the Colts, but Cleveland Browns Head Coach, Paul Brown, remembered the Lineman and traded for him before he played for the Colts.

McCormack started at Middle Guard and then Right Tackle, helping Cleveland win the NFL Championship in both 1954 and 1955.  The Browns were a very competitive team for McCormack's duration (until 1962), and he was named to five Pro Bowls and three Second Team All-Pros.  Brown had referred to McCormack as the best Lineman that he ever coached, and that is as high praise as you can get.  The Browns agreed and named him to their Ring of Honor in 2010.