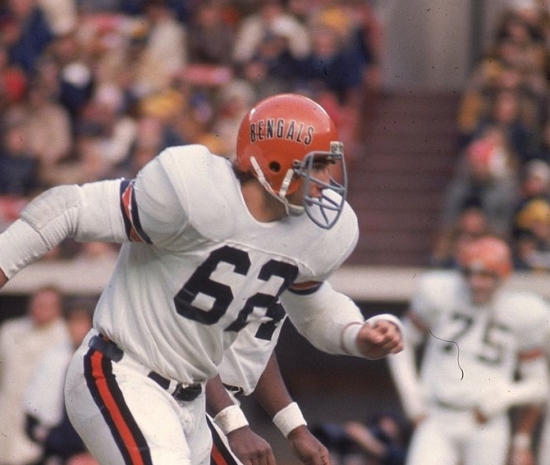 Dave Lapham played all ten of his NFL seasons with the Cincinnati Bengals, which drafted him in the Third Round in 1974.

Lapham was released after the 1983 Season, and he would play two more years in pro football with the New Jersey Generals of the USFL.  Lapham played in 140 Games as a Bengal, and he started 105 of them.