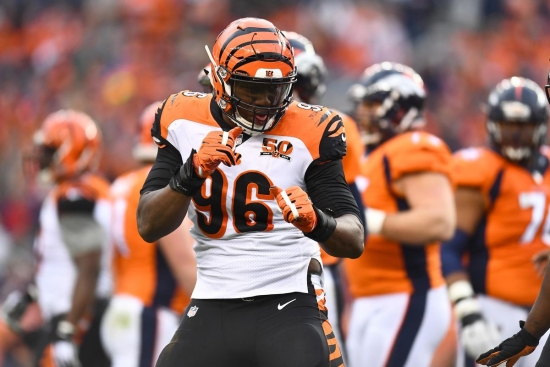 Carlos Dunlap was a massive part of the Florida Gators team that win the BCS National Championship in 2009.  Dunlap was so impressive that he was the National Championship Defensive MVP. This success was parlayed into a Second Round Pick by Cincinnati, who used the Defensive End mostly in pass-rushing situations in his first three seasons before he was a permanent starter in 2012.

Dunlap became a more well-rounded player, and he would earn Pro Bowl honors in both 2015 and 2016.  Dunlap saw his playing time reduce in 2020, and he naturally became disgruntled.  He sought, and got a trade out of Cincinnati, with Seattle being his landing spot.  As a Bengal, he had 82.5 Sacks with 103 Tackles for Loss.