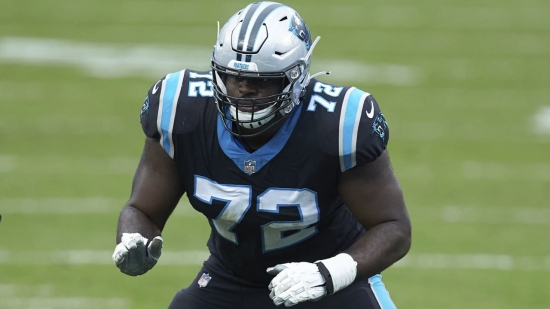 As of this writing, Western Michigan’s Taylor Moton is entering his sixth year in the National Football League, all of which have been spent with the Carolina Panthers.

Moton was a backup as a rookie and became a starter at Right Tackle in his second year, quietly doing a good job and providing stability at his position.  It is possible that there is a Pro Bowl in his future.

Tagged under
Tweet
More in this category: « 49. Sean Gilbert