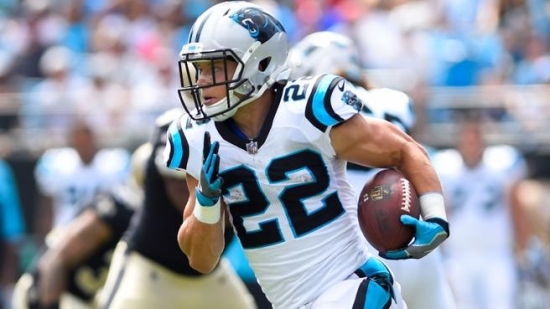 Christian McCaffrey has  been with the Carolina Panthers for five years, where he proved to be the top offensive weapon for the squad.  McCaffrey was a dynamo at Stanford, and as a rookie, he would accumulate 1,086 Yards from Scrimmage.  In his second year, he matched that in just Rushing Yards with 1,098 and had another 867 from the air showing off his dual-threat skills.  McCaffrey would be named a Second Team All-Pro and would finish third in both Yards From Scrimmage and All-Purpose Yards.  That season was good, but he was just warming up.