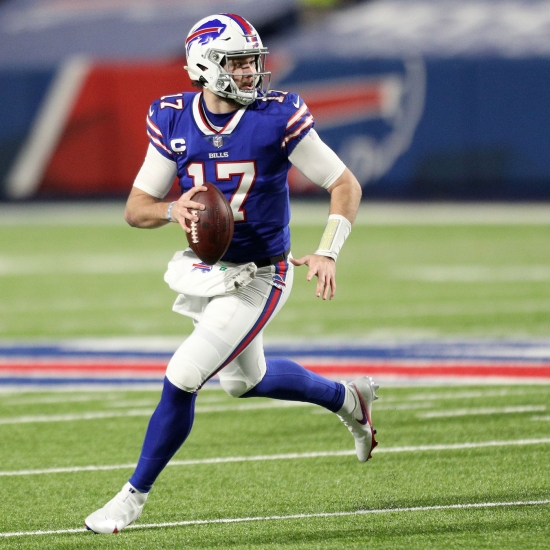 Following the retirement of Jim Kelly, the Buffalo Bills have been hunting for a superstar Quarterback.  It took decades, but it finally came in the form of the dual threat pivot from Wyoming named Josh Allen.

Allen was brought along slowly in his rookie season, eventually winning the starting job during the campaign, but he entered 219 as their starter, and while he was not yet an upper-tier QB, he did enough to bring Buffalo to their first playoffs in years.  Buffalo would then have an elite pivot the year after.

Allen went to the Pro Bowl in 2020, throwing for 4,544 Yards and 37 Touchdowns.  The runner-up for the MVP, Allen had a 13-3 record and brought Buffalo to the playoffs in consecutive seasons for the first time since the 1990s.  Allen did not make the Pro Bowl in 2022, but he had similar numbers as he did the previous year, and he was the NFL leader in Approximate Value (19).  Furthermore, he took the Bills to the Conference Finals.

As of this writing, Allen is one of the game’s most exciting players, and could be a future Hall of Famer.