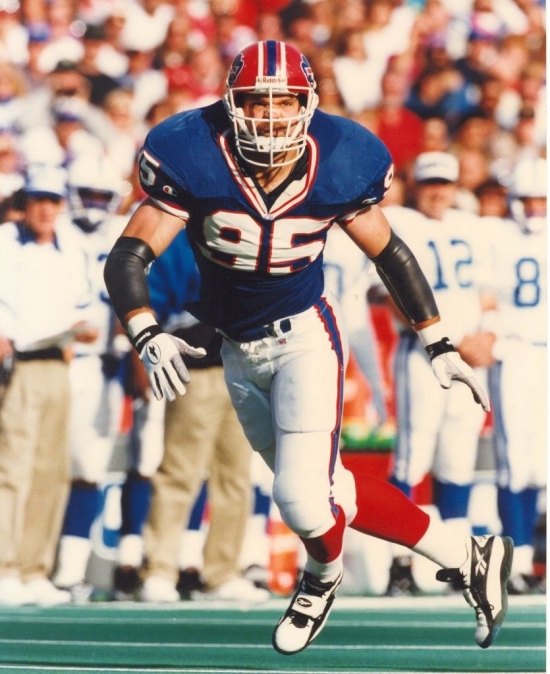 Bryce Paup played the first five seasons of his career with the Green Bay Packers, and while he was considered a good player, it was considered a catastrophic loss when he signed with the Buffalo Bills as a Free Agent in 1995.  As it turned out, Paup would have one of the best years of his life as a Bill, and the run of his career.

Playing at Left Outside Linebacker, Paup was a Pro Bowl selection in all three of his Bills years, the first being a First Team All-Pro season.  Paup led the NFL in Sacks (17.5) and won the AP Defensive Player of the Year.  Paup went to the Pro Bowl in the next two years, but that would end his Bills tenure, as he signed with Jacksonville after the 1997 season.