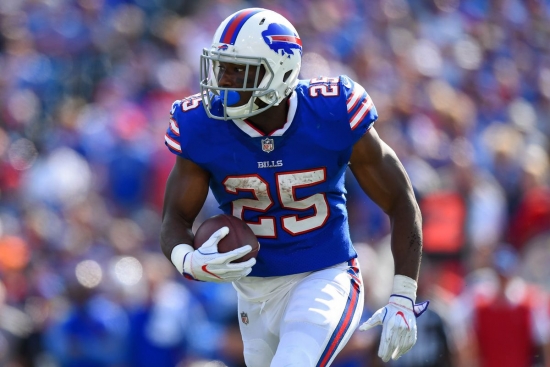 LeSean McCoy played his first six seasons in the NFL with the Philadelphia Eagles, where he won the Rushing Title in 2013.  McCoy and the Eagles management and coaching were not on the same page (as evident by comments by McCoy), and he was traded to the Buffalo Bills to be their lead Running Back.

McCoy went to the Pro Bowl in his first three seasons as a Bill, with the Running Back exceeding 1,100 Yards From Scrimmage each year.  McCoy’s best season in a Buffalo uniform was in 2016, where he had 1,623 YFS with 14 Touchdowns.

After three good years in Buffalo, McCoy slumped to 514 Rushing Yards in 2018, and he was released before the 2019 season began.  It wasn’t doom and gloom for McCoy, who signed with the Kansas City Chiefs, where he was a member of their Super Bowl LIV Championship.

McCoy is the all-time leader of the 2010s in Rushing Yards, and his accomplishments with the Bills are a large reason that this happened.  The Running Back would have 5,148 Yards From Scrimmage and 30 Touchdowns as a Bill.