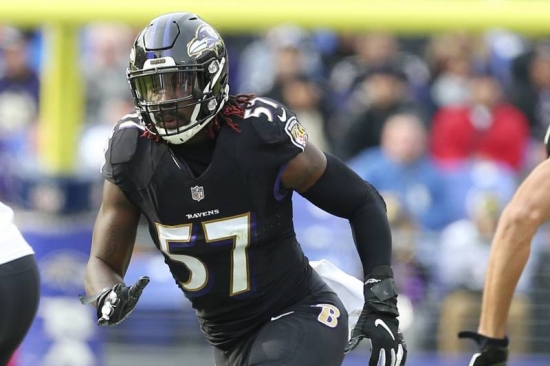 An NCAA Champion and SEC Defensive Player of the Year, C.J. Mosley would be a 1st Round Draft Pick by the Ravens in 2014 and was an instant success going to the Pro Bowl and earning a Second Team All-Pro nod.  Mosley was a tackling industry recording over 100 Combined Tackles in four of his five seasons with Baltimore and he would match his rookie year in 2016, 2017 and 2018 with Second Team All-Pro and Pro Bowl Selections.  Mosley didn’t pass rush much (he only had 8.5 Quarterback Sacks) but interior work was extraordinary and it was a significant loss for the team when he signed with the New York Jets after the 2018 Season.