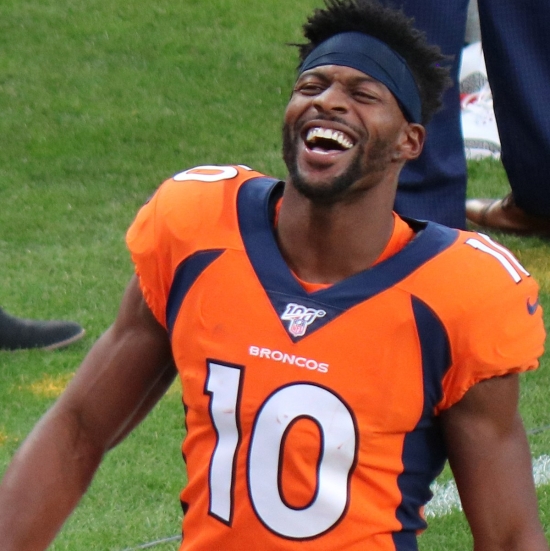 Enjoying a 12-year career in the NFL, Emmanuel Sanders played his first four seasons with the Pittsburgh Steelers, the team that drafted him in the Third Round in 2010.  Sanders did well, but he was not a starter, and he peaked with 740 Yards in 2013, though proved that he should be in the starting lineup.

Denver won the bidding war for Sanders, who responded with his best season in football, a 1,404 Yard/9 Touchdown performance that elevated Sanders to his first Pro Bowl.  Sanders had at least 1,000 Receiving Yards the next two seasons, and he was a significant factor in Denver marching toward a win in Super Bowl 50.  After his second Pro Bowl with the Broncos in 2016, his play fell off, and he would finish his career with stops in San Francisco, New Orleans and Buffalo.

Should Emmanuel Sanders be in the Hall of Fame?