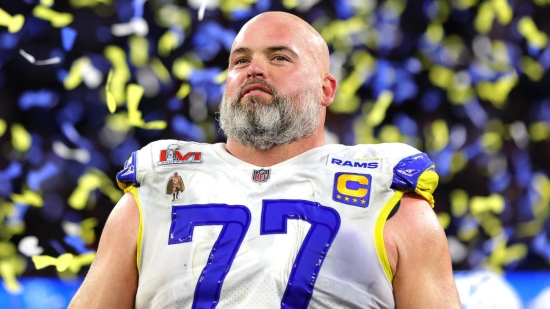 Andrew Whitworth played his college ball at LSU, and was taken by the Cincinnati Bengals in the Second Round of the 2006 Draft.  Although he became a starter as a rookie, Whitworth didn’t break out until his 30s, earning his first Pro Bowl at 31 in 2012.  Earning a First Team All-Pro in 2015, and a second Pro Bowl, Whitworth secured a third in 2016, his last with the Bengals.

Whitworth signed with the Rams in 2017, and in his first year in L.A., he was again a First Team All-Pro, and captured his fourth and final trip to the Pro Bowl.  Staying with the Rams until his retirement, Whitworth ended his career perfectly, winning the Walter Payton Man of the Year the day before he anchored the line that helped bring the Rams the Super Bowl.

Whitworth left the game with 239 Games Played, and his 142 in Approximate Value was then 88th all-time.

With his play in the last half of his career, Whitworth carved out a case for the Pro Football Hall of Fame.

Should Andrew Whitworth be in the Hall of Fame?