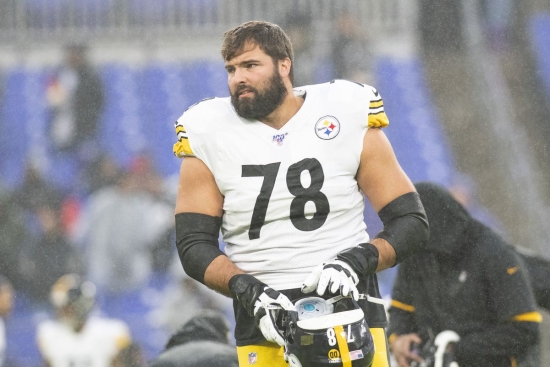 Undrafted in 2010 after his college career at Army, Alejandro Villanueva went back into military service but in 2014 pursued a career in Pro Football, and despite all odds, was able to gain an invite to the Philadelphia Eagles as a Defensive End in training camp.  He did not make the team, but was courted by Mike Tomlin and the Pittsburgh Steelers, who converted him to a Tackle.  It worked, and after a year on the practice roster, and gaining significant weight, he became a starting Left Tackle for Pittsburgh the following year.

Villanueva continued to get better, and was a back-to-back Pro Bowl Selection in 2017 and 2018.  A solid performer for the Steelers in the last half of the 2010s, Villanueva might be best known for standing in the entrance tunnel during the national anthem when his teammates stayed behind to protest racial injustice.  It may not have him endeared him to some teammates, but it did raise his profile in the NFL.

After a final year with the Baltimore Ravens in 2021, Villanueva ended his career after seven seasons.

Should Alejandro Villanueva be in the Hall of Fame?