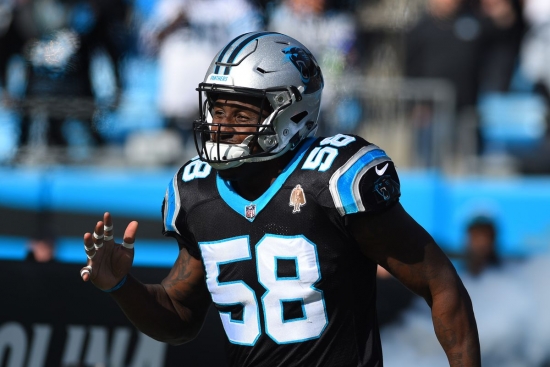 Thomas Davis was drafted as a Safety in 2005, but the former First Rounder was also learning the role of Linebacker, which would be the position that he would stick within the NFL.  Davis would become a good Linebacker but missed the entire 2010 season due to injury and saw limited action in 2011. The Panthers never game upon him, and in his early 30s, Davis would put together three straight Pro Bowl seasons (2015-17) the first of which where he was named a First Team All-Pro.  Davis remained with the team until he signed with the Los Angeles Chargers as a Free Agent after the 2018 campaign.

Davis played one year in L.A., and a final one with the Washington Football Team before retiring with 1,216 career Tackles and 29 Sacks.

Should Thomas Davis be in the Hall of Fame?