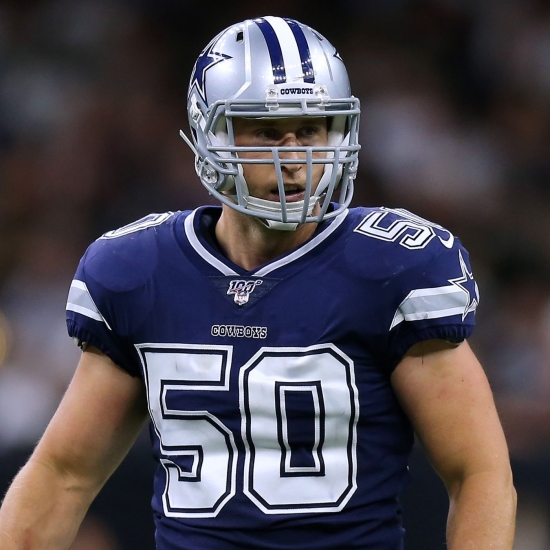 Sean Lee arrived in Dallas as a Second Round Pick from Penn State in 2010 and was their starting Middle Linebacker as a sophomore.  Lee would lead the NFL in Interception Return Yards (174) in 2013, but a torn ACL took him out of the entire 2014 Season.

Despite the setback, Lee returned to the Cowboys, and put forth the best back-to-back campaigns of his professional career.  Lee went to the Pro Bowl with a 128-Tackle year, and in 2016, he improved it to 145 with an Approximate Value of 19.  He was so impressive, that he was chosen to be a First Team All-Pro.

Lee played four more seasons, but injury after injury compounded, and he retired after the 2020 Season.

Should Sean Lee be in the Hall of Fame?