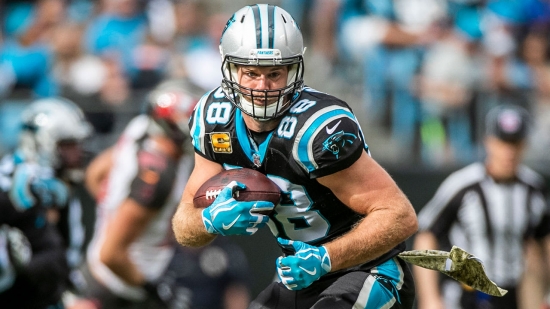 Greg Olsen played his college football at the University of Miami where he would become one of the top Tight Ends in the 2007 Draft, taken 31st overall by the Chicago Bears.  Olsen did well, peaking with 612 Yards in 2009, but he was traded to the Carolina Panthers for a Third Round pick before the 2011 season.

With the Panthers, Olsen continued his work catching passes and blocking potential tacklers.  Already good at both disciplines, Olsen took it to another level, recording three consecutive 1,000 Yard seasons, all of which earned him a trip to the Pro Bowl.

Injuries took their toll on Olsen, and his production dipped.  He played with Carolina until 2019, and had one final season with the Seattle Seahawks.

Should Greg Olsen be in the Hall of Fame?