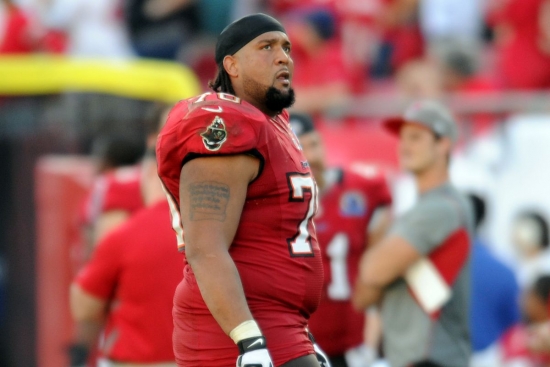 Undrafted from Utah State in 2006, Donald Penn signed with the Minnesota Vikings but saw no action.  The Tampa Bay Buccaneers scooped him up, and he made their team in 2007,  starting 12 Games at Left Tackle.

Penn was entrenched as their starter from then until 2013, going to the Pro Bowl in 2010.  He moved on to Oakland in 2014 and had a second and third Pro Bowl as a Raider.  Penn’s career ended with a final year in Washington, and he retired with 189 Starts in 194 Games.  Not bad for an undrafted Aggie!

Should Donald Penn be in the Hall of Fame?