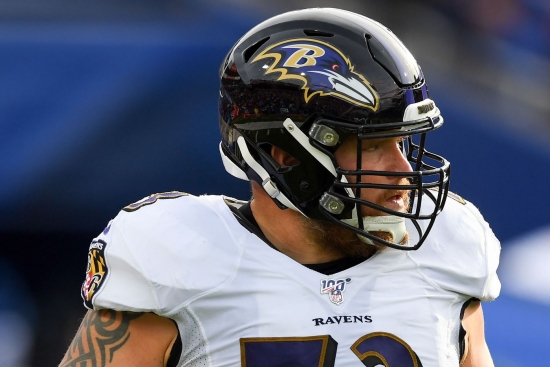 Marshal Yanda played his entire career with the Baltimore Ravens, and he is easily amongst the best Offensive Lineman in team history.

A Third Round pick from Iowa, Yanda would start 12 of his 16 Games as a rookie, and he would be a permanent fixture on the right side of the line from 2010 until his retirement in 2019. Yanda went to his first Pro Bowl in 2011, and he would go to eight in total.  A two-time First Team All-Pro, Yanda was also a Second Team Selection five times.  His presence on the O-Line helped the Ravens win the 2012’s season Super Bowl.

Yanda’s lunch pail work ethic made him a star in the eyes of his peers, his coaches, and the fans.  He was considered to be one of the most regimented players in the game.

Should Marshal Yanda be in the Hall of Fame?