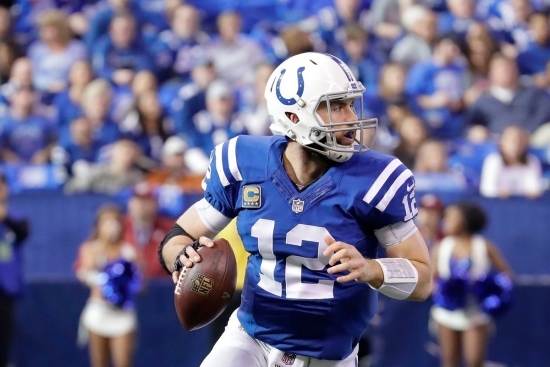 Everybody knew that Andrew Luck was going to be the first overall pick in 2012 as it was widely believed that the Stanford superstar was going to be a difference-maker in the National Football League.  The Colts, who had Peyton Manning, had to watch their stud Quarterback sit out that year, resulting in Indianapolis having a terrible year and drafting #1 overall, which of course, led to Luck donning the horseshoe. How appropriate is that?

Luck was a Pro Bowl Selection in his first three seasons, and in 2014 he would finish first in Touchdown Passes with 40.  Injuries took Luck out of 2015 for half of the year, and after 2016 he had to sit out 2017 due to shoulder issues.  Luck came back in 2018, going to his fourth Pro Bowl and winning the AP Comeback Player of the Year Award.

Luck shocked the football world by retiring right before the 2019 season, thus ending what could have been a Hall of Fame career.

Should Andrew Luck be in the Hall of Fame?