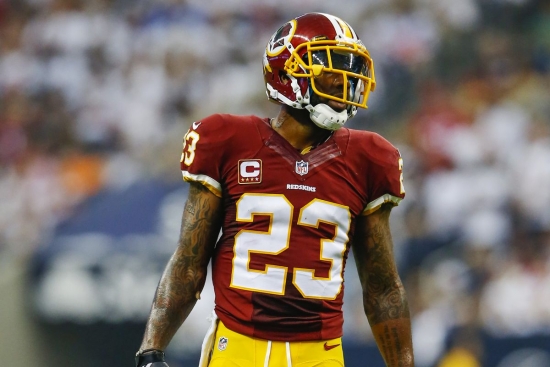 Hall tied an NFL record in 2010 when he had a four Interception game against the Chicago Bears.  Named to the Pro Bowl for the third time that year he would be the Pro Bowl MVP that year.  Late in his career he would switch over to Safety.

As of this writing, Hall is the all-time leader in the National Football League in Fumble Return Yards (328) and also holds that franchise distinction for both the Falcons and Redskins.  He would also net 43 Interceptions and had 10 Touchdowns scored through his defensive plays.

Should DeAngelo Hall be in the Hall of Fame?