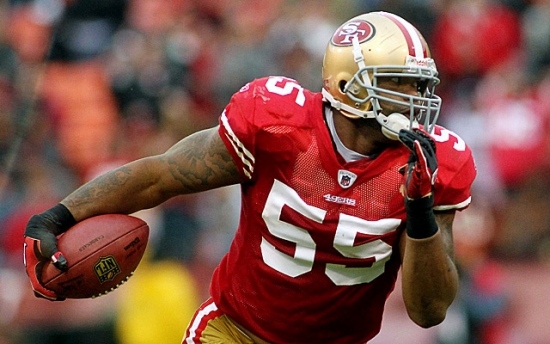 Ahmad Brooks was chosen by the Supplemental Draft in 2006 by the Cincinnati Bengals in 2006 but it was when he joined the San Francisco 49ers that he would have his best success.  Brooks would have a Pro Bowl season in 2013, a year after he helped the Niners win the NFC and represent the conference in the Super Bowl.  Brooks would retire with 55.0 Quarterback Sacks.

Should Ahmad Brooks be in the Hall of Fame?