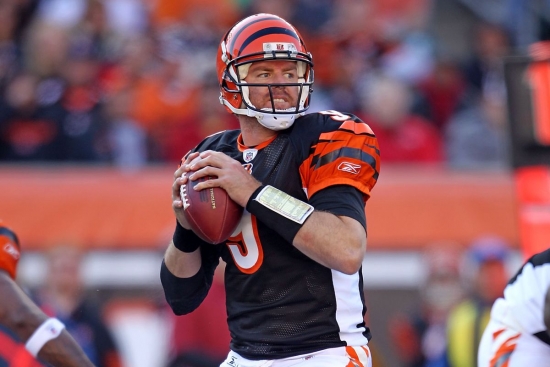 Carson Palmer was the 2002 Heisman Trophy winner and the USC Quarterback was considered a can’t miss prospect in the NFL.  Palmer would be drafted first overall by the Cincinnati Bengals and the organization would take their time with the pivot as they did not play him in his rookie season choosing to start him in 2004 and in 2005 he was a Pro Bowl Selection who was second in the NFL in Completions, fourth in Passing Yards and he led all Quarterbacks in Touchdown Passes while taking the Bengals to the playoffs, though he would suffer a severe injury in the playoffs.

Palmer returned in the 2006 season where he went back to the Pro Bowl and had a 4,000 Yard Passing season and he continued to be a solid performer though not necessarily elite and he would later grow frustrated playing there and he retired basically forcing a trade out of Southern Ohio.  Palmer would go onto play for Oakland for two seasons and five more for Arizona where in 2015 he was a Pro Bowl Selection for a third time with a career high 4,671 Passing Yards and leading the league in Yards per Attempt and Quarterback Rating.

He retired 12th all time in Passing Yards and Passing Touchdowns, probably a higher ranking than most people realize.

Should Carson Palmer be in the Hall of Fame?