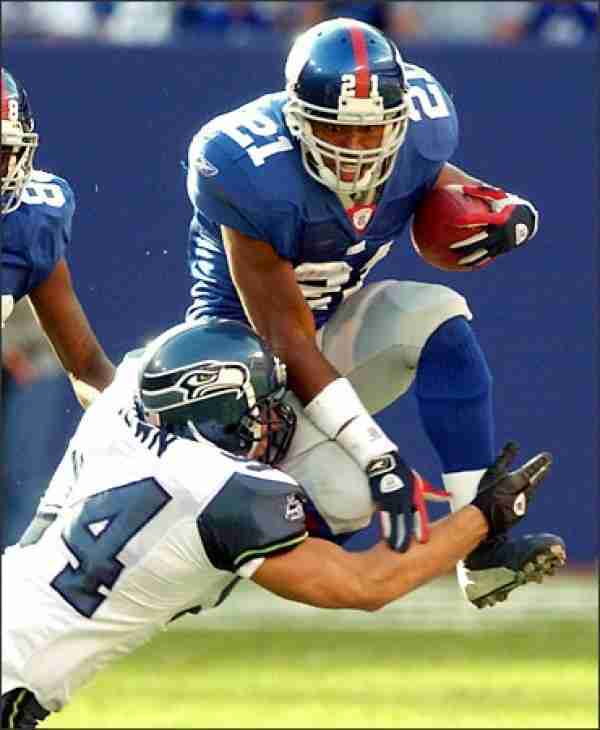 Tiki Barber didn’t start off as a superstar.  He was brought into the NFL by the Giants with the hope that he could occasionally befuddle defenses with his unique cutbacks.  The man who many thought of only as a third down back would become the workhorse of the New York Giants’ offense for years and was the only shining light on some dismal campaigns in Gotham.

Tiki was not just a star when his Giants were bad but was equally effective on their good seasons.  He shocked the sporting world by his early retirement, and based on recent news reports, he appears to be ready to shock them again by a potential return.  Had he not retired prematurely, many signs point to Tiki Barber racking up the statistics necessary to reach Canton.  He may have placed himself forever on the bubble because of it.