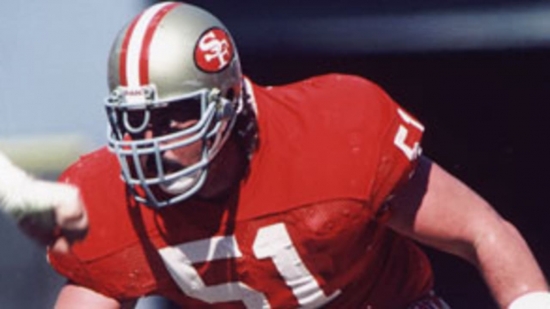 Debuting for the San Francisco 49ers as a Second Round Pick from UCLA in 1976, Randy Cross played his entire 13-year career with the Niners, where he would help them win three Super Bowls.

Cross was an All-Rookie at Center, where he played the first three years of his career.  He moved to Right Guard in 1979, where he played until 1986 and would obtain his three Pro Bowls.  Cross went back to Center for his last two seasons, retiring in 1988.

The Offensive Lineman started 180 of 185 Games in his career, with an Approximate career Value of 132.

Should Randy Cross be in the Hall of Fame?