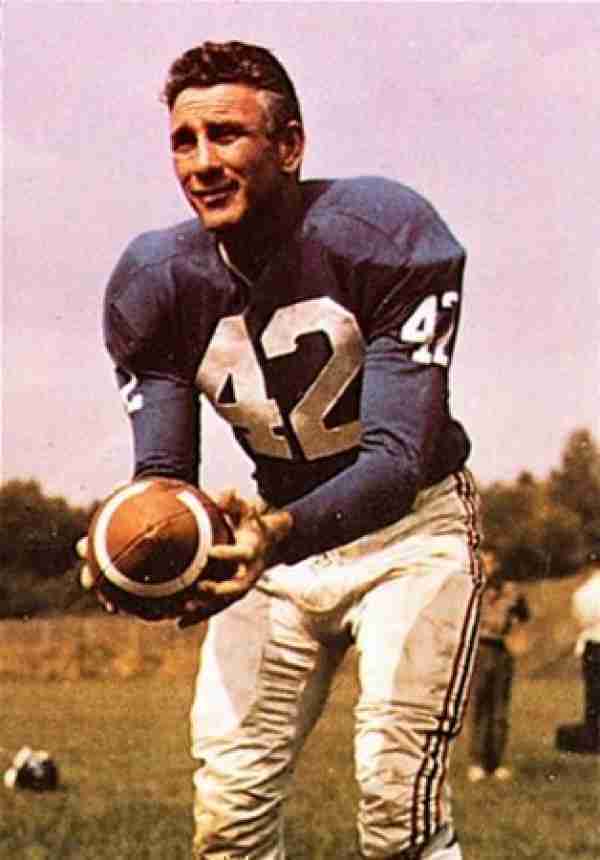 Many entries on this list discuss how you can’t compare offensive statistics from the ’60s and ’70s to today’s inflated numbers.  This is even more accurate when looking at the stars of the 1950s.  Perhaps this is why Charlie Conerly, the Quarterback of the New York Giants during the 50’s was on the final ballot multiple times but dropped off seemingly for good after 1980.


Conerly was the QB throughout the ’50s and was constantly near the top annually in touchdown passes and quarterback rating.  Those numbers would not be huge today but they were more than acceptable for that era.  He was a popular player among fans and teammates and did have flashes of his brilliance throughout his career.

It is likely that had he led the NFL in more offensive categories in his career, he would have had a better shot for enshrinement. Since he was not chosen as even a semi-finalist for the Centennial Class, it appears that the window for Charlie Conerly to enter Canton may have closed for good.

Should Charley Conerly be in the Hall of Fame?

Should Charley Conerly be in the Hall of Fame?

-1 #3 Jack Lavelle 2018-09-30 18:43
I knew Charlie Conerly when I worked with the Giants as a kid in training camp and at home games. Charlie was a canny old pro who could bring it. He was NFL MVP in 1959 when Johnny Unitas was the toast of the football world. That should tell you something. He definitely belongs in the Hall. This is a sad oversight.
Quote
-1 #2 Suzanne S Ballard 2018-09-18 15:22
CLARKSDALE, Mississippi
NOT Clarksburg
Quote
-3 #1 Ziggy Koole -0001-11-30 00:00
Conerly was the best quarterback in the 1950s. Better than Norm Van Brocklin, Bobby Layne, YA Tittle, or even Otto Graham. It's just stupid that he's not in the hall of fame. I can understand why you put him so low on the list, but he should be higher.
Quote
Refresh comments list
RSS feed for comments to this post