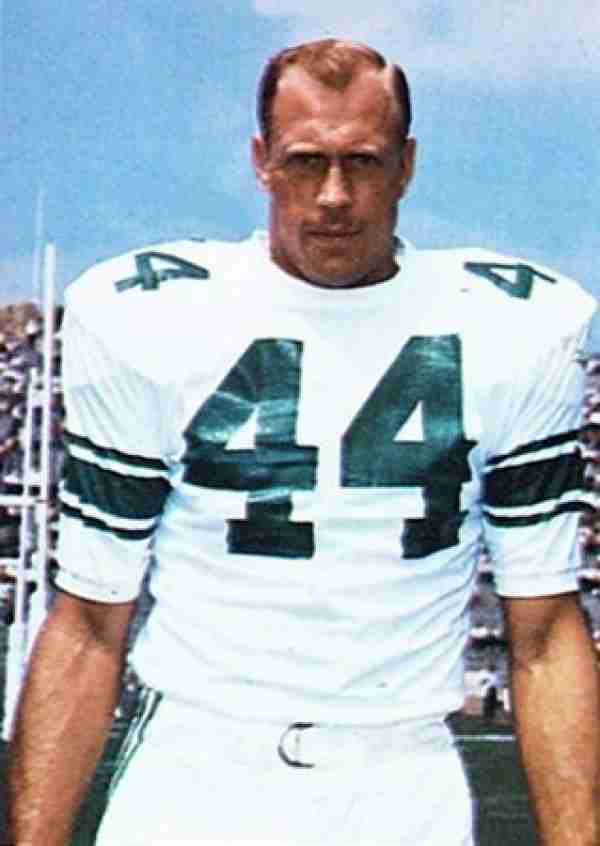 
On five different occasions, Pete Retzlaff had seasons of 50 or more receptions.  Considering the era in which he played, that tally becomes even more impressive.  His best offensive seasons occurred after he moved to Tight End, where he was one of the few at that position who was sure handed.  He continued to put up impressive stats and was the recipient of the Bert Bell Award in 1965.

Retzlaff was not the best blocker and this may inhibit his overall performance at the Tight End slot.  Still, with the numbers he could put up at a time where it was not common, the fact that he was not the League’s best blocker could be forgiven somewhat.