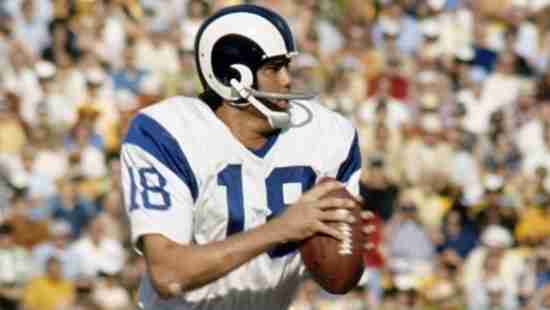 
By the late ’60s, it was evident that Gabriel was a top-flight Quarterback in the NFL, and he cemented that with the 1969 NFL MVP Award.  He brought the Rams to respectability and made them a legitimate championship threat.  He posted very good numbers for the Rams and his powerful arm had few rivals.

Like many offensive stars from the ’60s and ’70s, Roman Gabriel has watched many of the ’90s and 00’s record huge offensive statistics that shattered that of the previous generation.  This could be the primary reason why Gabriel and others like him haven’t made a dent with the Football Hall of Fame committee.

+6 #1 Stevie 2014-06-09 23:09
Gabe never played played in the AFL, like it says under accomplishments.
He definitely deserves to be in the Hall of Fame. If he was playing in this era he would be in the same category as Tom Brady.
Quote
Refresh comments list
RSS feed for comments to this post