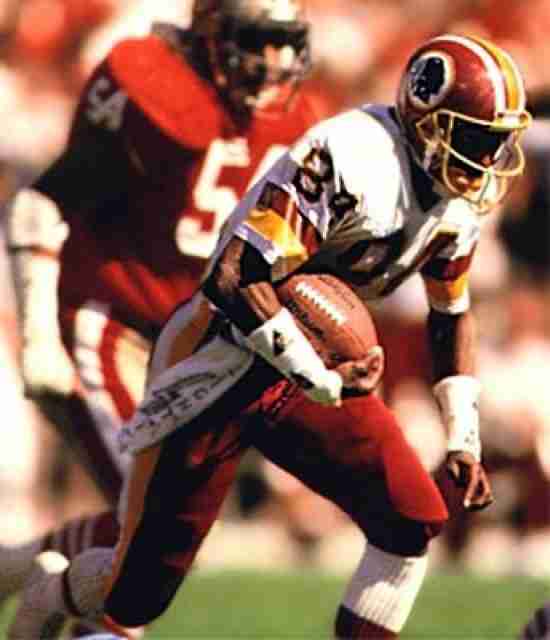 Art Monk may have been the lead receiver for the Washington Redskins for a long period of time, but he was paired up with another great Wide Receiver who was in his shadow somewhat.  Of course, at 5’ 9, Gary Clark was in a lot of player’s shadows.


Five times during Gary Clark’s career he caught for 1,000 yards.  He was a consistent performer for the Redskins and was a big part of their two Super Bowl runs.  Clark was small, but he was quick and sure-handed and saved his best performances for the big games.

Clark’s problem on his resume is that as good as he was, he never led a receiving category and was not the best Wide Receiver on his own team.  This factor makes it hard for him to be considered Hall of Fame-caliber no matter how many passes he caught.

Should Gary Clark be in the Hall of Fame?

Should Gary Clark be in the Hall of Fame?