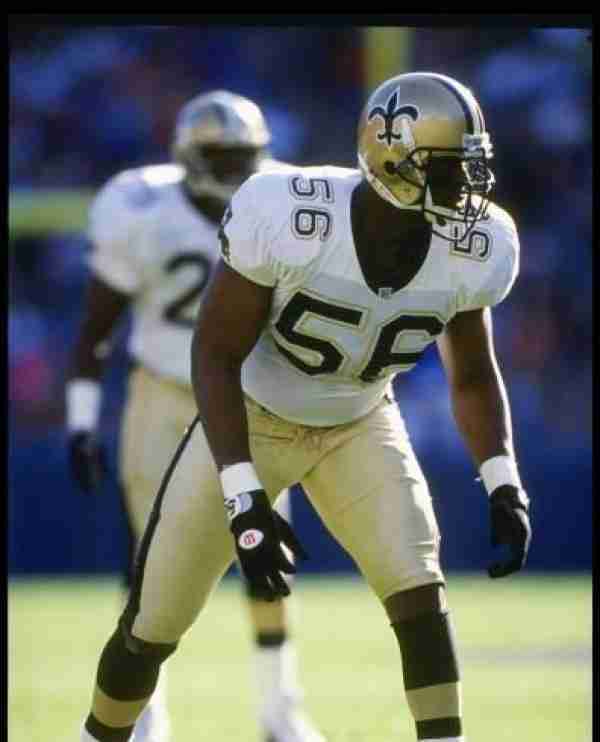 
Pat Swilling was an excellent pass rusher who was brilliant at rushing the passer.  As New Orleans’ resident sack superstar, he five times (and another with Detroit) achieved double-digit totals in that category.  Swilling reached his high water mark in 1991 where he led the league in Sacks and captured the NFL Defensive Player of the Year Award.

Pat Swilling was one of the most tenacious defenders of all time, but despite making the playoffs often, his respective teams never made it to the second game.  Had he been able to excel more in the playoffs, it is very possible that he could have been at least a Hall of Fame Finalist.

0 #2 Lance 2014-02-17 22:11
Swilling was better than Turnbull. Both benefited greatly from Jackson on the other outside LB spot and Mills on the inside however

Quote
+2 #1 Ziggy Koole -0001-11-30 00:00
Pat Swilling and Sam Mills should be considered for the hall of fame much more than they are. I'm glad Rickey Jackson made it, but Swilling and Mills were, if not as good as Jackson, at least on the same level as him. Now for the I'm not a Saints fan part- I cheer for the Lions, who Swilling also played for. And no, I don't think Vaughan Johnson deserves to be in the hall of fame.
Quote
Refresh comments list
RSS feed for comments to this post