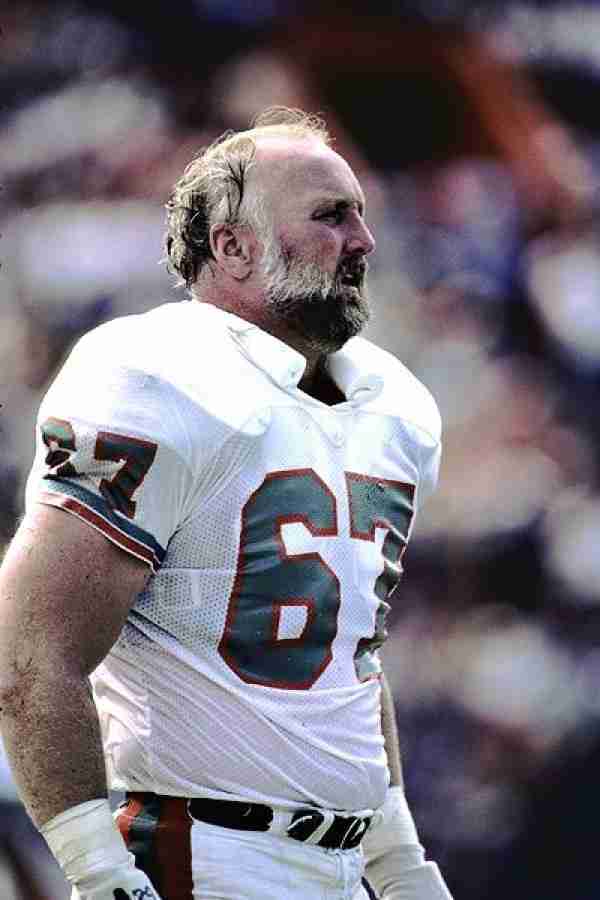 As one of the men who used to eagerly wait for the final undefeated team to lose every NFL season, Bob Kuechenberg was a staple on the fame Miami Dolphins O-Line.

As part of the Dolphins' two consecutive Super Bowl champions, Kuechenberg actually enjoyed better individual seasons after.  Although he looked like a reject from the Longest Yard Prison Team (the original movie); Kuechenberg would enter into six Pro Bowl seasons.  What he lacked in ability, he made up for in guile.


Kuechenberg was a finalist for eight years in a row but in 2010 he failed to even get to the Semi-Finals on the Hall of Fame ballot.  Many from that legendary 72’ Dolphins team are in the Hall (including fellow lineman) and this may now work against him as it may be felt that that group has been sufficiently recognized.