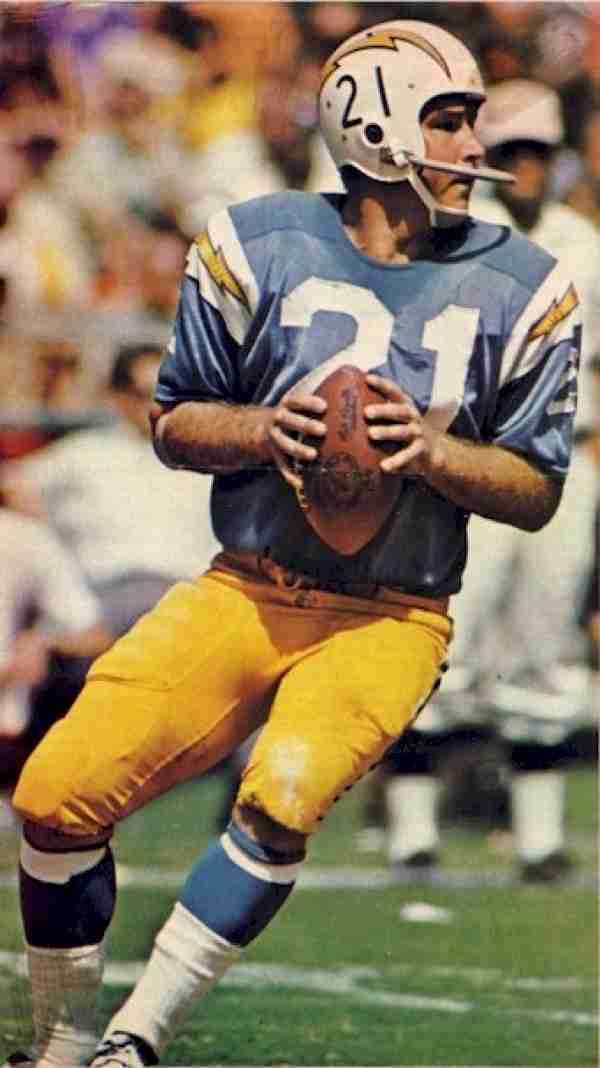 On three separate occasions, John Hadl eclipsed 3,000 yards passing.  This is expected out of many Quarterbacks now, but it was very impressive considering the era he played in.  He was one of the games early gunslingers and as such posted very impressive Touchdowns Pass numbers.  Subsequently, this led to a copious amount of interceptions and he did finish his career with more picks than TD passes.


Regardless of those IT numbers, Hadl was an exciting Quarterback and was different than any other from his time period.  It would be interesting to see how he would have been used in today’s game.

Should John Hadl be in the Hall of Fame?

Should John Hadl be in the Hall of Fame?

+2 #2 Robert 2012-07-14 18:35
To me the AFL/merger era is hard to judge because the talent level was so uneven. Therefore it means a lot to me if a guy can continue to have success after the merger. Hadl did that. And was the #3 passing yards leader at one time? At least nominate the guy!
Quote
+2 #1 Ziggy Koole -0001-11-30 00:00
I'm not sure if Hadl belongs in the hall of fame, but he certainly deserves more consideratio n than he's gotten. Does anyone really think that Lance Alworth would be a hall of fame receiver if it wasn't for Hadl? And yes you can say that Alworth was still good at the end of his career when he left the Chargers, but he had Roger freakin' Staubach throwing to him. As I mentioned, I don't know if Hadl deserves to be in the hall of fame, but I know for sure he deserves to be considered.
Quote
Refresh comments list
RSS feed for comments to this post