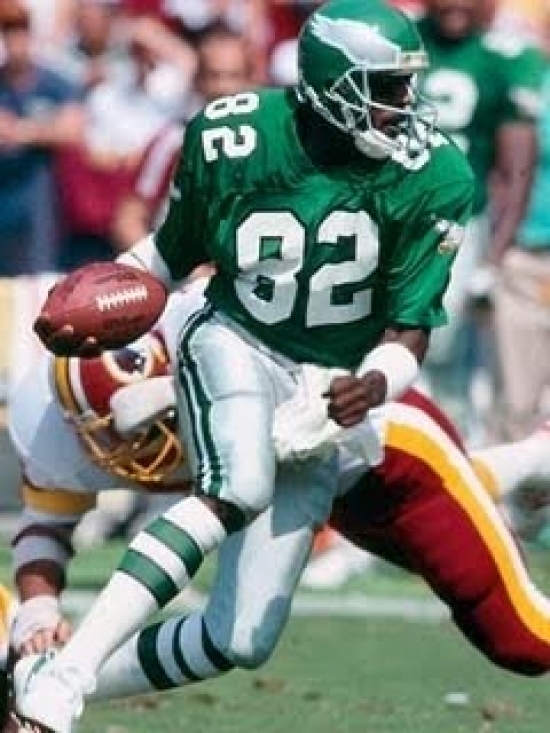 The first thing we have to say, is there a better name for a Wide Receiver than Mike Quick?

A member of the Philadelphia Eagles for all ten of his seasons, Quick's best season was in 1983, where he would lead the NFL in Receiving Yards (1,409).  Quick was named a First Team All-Pro that year and would again in 1985 when he had a season of 1,247 Yards.  He was named to the Pro Bowl in five consecutive seasons (1983-87) and would accumulate 6,464 Receiving Yards with 61 Touchdowns.

Should Mike Quick be in the Hall of Fame?