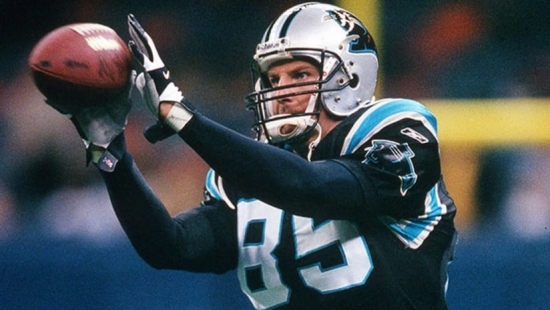 Behind the depth chart to Brent Jones, Wesley Walls did not see a lot of action with the San Francisco 49ers, although he did win a Super Bowl with them (XXIV) and caught a pass in the big game.  Walls was injured through 1992 and 1993, and he would sign with the New Orleans Saints as a Free Agent, where he played well for two seasons, but it was with their division rival, the Carolina Panthers, where he would see his greatest success.

From 1996 to 2001, the Tight End was named to the Pro Bowl, with three of those campaigns seeing Walls named a Second Team All-Pro.  He would twice have 10 Touchdown plus seasons and would put the ball in the end zone 54 times over his career.  Walls would also go for 5,291 Yards, 3,902 of which were as a Panther.

Walls entered the Carolina Panthers Ring of Honor in 2019.

Should Wesley Walls be in the Hall of Fame?