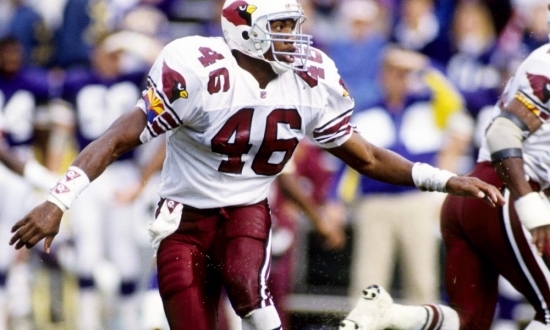 Tim McDonald split his career with the St. Louis Cardinals and San Francisco 49ers, where the Safety went to three Pro Bowls and two Second Team All-Pros with each team.  McDonald would have four seasons where he went over 100 Tackles and would have 1,138 in total along with 40 Interceptions over his career.  He was a member of San Francisco's Super Bowl XXIX championship team and would have had a higher profile had he not been a Cardinal in the first half of his season and overshadowed by other 49ers defensive players in the second half of his career.

Should Tim McDonald be in the Hall of Fame?